The headache of working in a dynamic team 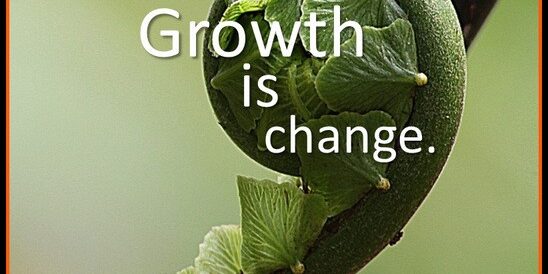 Being the creatures of habit that we all are; the idea of change is a rather frightening one in some circumstances.

Speak to any employee of an international company, and they will tell you the number of protocols, procedures, and various other strategical changes to the company they must endure in the name of improving their bottom line.

Before the world became so globalized, there was one constant that employees could rely on, their team.  In most reputable companies, the team line-up would generally remain the same over a relatively long period of time.  However, can the same be said for nowadays? With the increased use of external consultants, counterparts from other countries and others who are not considered part of the “core team”, a feeling of unease has begun to surface.  Creating an effective team certainly doesn’t happen overnight, there is such a diverse range of psychological profiles that it involves some trial and error to put together our “dream team”

But wait, don’t despair! Although this may all seem like a complete headache, there are clear advantages to working with others who we have not had the chance to fully integrate into our inner circle.  In order to understand this, we must dig a little deeper into the psychology of humans.

I’m sure that every person has experienced a moment in their life where they have had to integrate into a group of strangers.  On the whole, this is not a particularly big problem for young children, it seems that human nature takes its course, and they get through the situation relatively unscaved.  But the same cannot be said for older children, particularly around the age of 11+, as hormones begin to flood the body and our true selves begin to shine, it appears that we become quite fussy about who we want to socialize with.  There are many factors that bring us together such as, gender, interest in sport, academic ability, extrovert or introvert personality and many other variables.  With so many variations, it is sometimes difficult to “tick all the boxes” and surround yourself with perfect friends.  Luckily, at that age, we have the luxury of being able to choose our companions and needn’t suffer the awkwardness of being forced to socialize with those of whom we despise.

At that age, what we perceive as a problem is when someone new tries to enter our close-knit group of piers, even know they are probably too young to understand it, children are most likely worried about someone stealing their “resources”, in this case, our friendships.  In any close group of friends, there is a sense of trust, respect and a vague sense of hierarchy.  However, when a stranger enters this group, this can disturb the friendship dynamic.

Luckily, on the whole, the process of friendship is within our control, and we as humans can choose whom we want to develop long-term relationships with.  Fast forward 10+ years and we then begin a new chapter of our life, engaging with a new group of piers, except this time not having a choice in the matter.  Cue adulthood!

Throughout or educational and professional life, we are placed in many teams, in contrast to the childhood friendships mentioned previously, we have no authority over who is in our teams, this is usually decided for us by the powers that be.  Luckily, as mature and educated adults, we learn to adapt to our surroundings, we are civil and act professionally, so that over time we can become a lean and highly functioning machine.  This is not to say that we can’t form great friendships within our teams, it is just unlikely we are going to click with everyone.

As mentioned before, authority is an important ingredient to ensure an effective team, fortunately this aspect is easily mapped out in the form of company hierarchy, each employee knows their role and who their superiors are.  Just when things started to seem pretty straight forward, life changes and throws us a curve ball, time for change, time for discomfort, time for the headaches, time for Dynamic teams!

Coming together for a shared objective

Globalization has brought us all closer and has perhaps given us the sensation that we are all connected in some way.  For the majority of the time, most people would consider this statement reasonable, but there are some considerable drawbacks that we must consider.

Throughout my time as a language teacher and coach, my clients have shared with me many anecdotes detailing their frustration when dealing with counterparts in other continents, particularly those where there is no clear hierarchy.  The general disagreement begins with someone in the company being delegated the task of having to convince their colleagues from other regions to change their procedures in order to increase the efficiency of their operations, this usually ends in some defensive behavior and some resistance.  I have been told that the issue here is that there is no familiarity, no clear picture of who should be listening to who.  Like the beginning of this blog suggested, we fear change, so in the example mentioned above, it is quite understandable that people resist the change, especially when it comes from someone we consider to be at the same level of authority as ourselves.

In this circumstance, perhaps there was no shared objective established, one would think that the obvious one would be making the company more of a success, but  sometimes vague objectives like these can seem unobtainable, so the individuals assign much shorter-term objectives like “convince this person to listen to me” “reject what this person is telling me to do, I don’t have time to make these changes, my team is already overworked”

Perhaps the problem here is that we are setting the wrong objectives, we are sometimes a little too self-centered, reaching our goals only to please our boss, that we receive a pay cheque at the end of the month or that we receive some praise.

Maybe what we need to do is follow in the footsteps of those who have had a truly selfless goal.

If you are still reading this article at this point, it means that you have not completely given up in the idea of working in a dynamic team, there is hope!

The best way to demonstrate that dynamic teams can be an incredibly effective tool is to look at a relevant example.  On October 5th 2010, a Chilean mine collapsed, trapping 33 miners underground. Hundreds of specialists cooperated from various organizations, areas of expertise and countries with one shared objective, to save human lives.  Despite having incredible time pressure, a lack of clear hierarchy, and sometimes a language barrier, the rescue mission was a great success, all 33 miners were rescued after a whopping 69 days underground.

This goes to show, as humans, sometimes our ego can get in the way of the greater good, we all possess the capability of finding a shared goal, but it requires us to remove our ego and to communicate in a more cooperative way. So next time you feel like pulling out your hair, take a deep breath and try to find the common ground, it could lead to one of the most diverse and capable teams you have ever been part of.